beats in the key of life

On my father’s 90’s birthday (God rest his Soul) April 2, 2014, was the CD release concert for “Complicated Day” by Roy Nathanson’s Sotto Voce. I’ve been a part of this band since 2005, the year it began. This is our 3rd release and certainly my favorite.The day of the concert Sotto Voce played on the WNYC radio, Soundcheck, hosted by John Schaefer.

The concert was held at the newly remodeled Joe’s Pub in NYC. This was the first time we played all of the songs from the new album in one set. 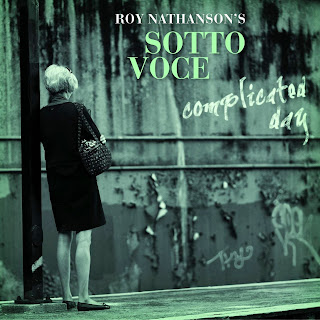 April 11 Sotto Voce played Festival Banlieues Bleues in Paris to introduce the new album to the European market. We played on the awesome stage of MC93, sharing the bill with the legendary Cassandra Wilson. The concert we gave was definitely a proud moment for the band and was accompanied by all sorts of great press and media coverage. I’m looking forward to the next Sotto Voce tour already. (photos of Sotto Voce in Paris by Willy Vainqueur) 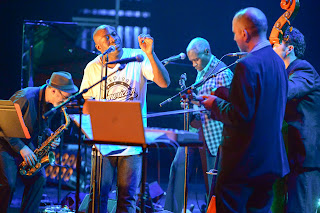 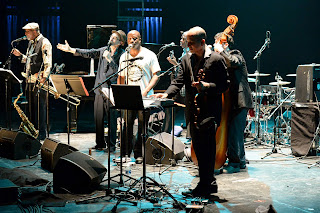 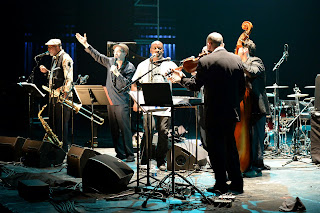 May 9, 10 and 11 was a fascinating 3 days with 6 presentations (2 concerts or workshops) per day between Vicenza and Ravenna.
After landing in Venice on Friday morning on May 9th I was driven to the hotel in Vicenza to rest for a few hours before the ISWHAT?! soundcheck at a venue called Bar Borsa. After the ISWHAT?! soundcheck we took a stroll across this beautiful town, to what locals consider the jewel of the city, Teatro Olimpico, where we'd open the Vicenza Jazz Festival. 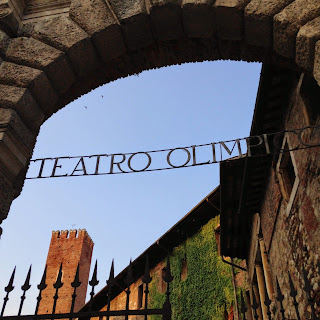 At Teatro Olimoico, Hamid Drake and I had our soundcheck for a duet concert after an impromptu photo shoot with the Vicenza Instagram collective, which took place during the soundcheck of the Michael Formanek Quartet (w Tim Berne - alto sax, Craig Taborn - piano, Formanek - bass & Gerald Cleaver - drums). About an hour later Hamid and I gave a duet concert consisting of drums & beatbox improvisation, blended with poetic recitation and dramatic readings from Franz Fanon and Richard Harris. 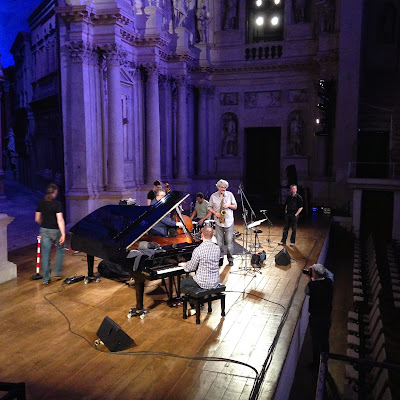 Afterward, on that same night from 10:30 - midnight ISWHAT?! played this fly little club called Bar Borsa. It seemed to be the epicenter of the night life in Vicenza. Knowing that ISWHAT?! would play the same venue 2 consecutive nights we planned a different approach for each night. The first night, May 9, we planned the material around acoustic upright bass. The second night, May 10, we developed the setlist and approach around electric bass guitar and included movie samples/clips from my laptop. So the 2nd night there were several songs we added to the set that we had not played the 1st night. The place was packed on May 9th and over packed on May 10th. We nearly sold all the merchandise in we had in Vicenza leaving very little for our show Ravenna.

Speaking of Ravenna, on the May 10th I was picked up from the hotel in Vicenza, and driven to Padova, to take a train to Bologna where I was met by Diego and Alessandro. Goodfellas. Diego a bassist and Alessandro a sax player, they escorted me to Ravenna to present the first of two days of beatbox workshops. After which, on May 10th I’d go back (reverse) to Bologna by car and then Padova by train and to Vicenza by car, to rock the second concert at Bar Borsa. What a great way to get a feel for these of regions of Italy (Veneto and Emilia-Romagna)… 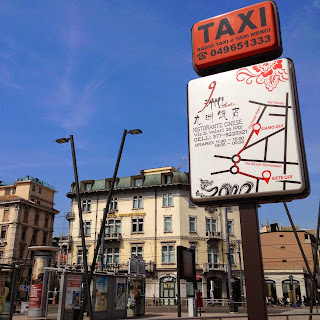 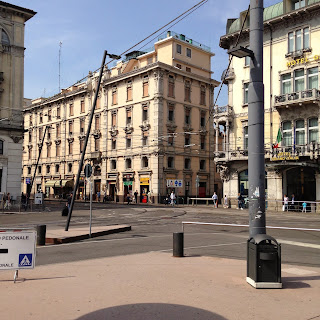 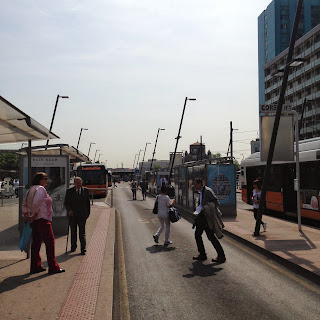 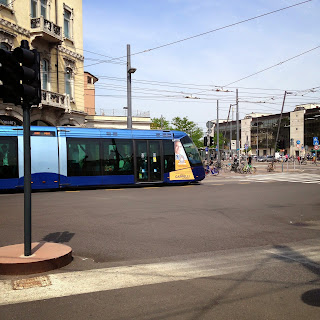 So the last day, back to Ravenna by car and train… with the entire band this time. We all checked into the hotel, then I went with Diego to the place where I presented the beatbox workshops. This is a special place. It’s called CiSIM. It reminds me a lot of Elementz in Cincinnati, in terms of severing youth and providing them opportunities to develop skills with their passion for Hip-hop. CiSIM was founded by a well respected Italian Hip-hop artist named Moder. Serving as an interpreter and co-facilitator for the workshops was the incredibly talented and musical beatbox musician, Alien Dee. The two days I spent at CiSIM with Moder, the youth of the neighborhood and Alien Dee were rich with sharing and mutual learning. Alien Dee and I found that we have a common artistic vision as beat-boxing musicians. Our work is not about novelty and mouth tricks, but focusing on the discipline of beat-boxing to make music in any context where a percussionist might be present.

That night ISWHAT?! played a concert on the CiSIM stage. In the middle of a killin’ set when we came to the rhythm break down on “Dig” we had Alien Dee come up and join us. COLD BLOODED!!!! Overall excellent concert, sold all the merch that was left and made a bunch of new friends.

This week, I’m kinda amped up in anticipation of kicking the summer of with an ISWHAT?! concert in Cincinnati at MOTR Pub on May 23rd.
Excited to:
Try out some new arrangements.
Officially release a new single, “Security” (an extended version of which was premiered on Chuck D’s radio show called AND YOU DON’T STOP)
Play with the fiery and talented, Columbus, OHIO based tenor sax player, Eddie Bayard. It’s been about 8 years since we’ve played together and he and Jack Walker have an other worldly chemistry and sound when they play together. Jack on alto, Eddie on tenor.
Welcome back Brent Olds for this show to hold down the low end in his own unique punk rock funky way.

The next day we record at All Nighter. Wet ink on another chapter.

A week from this Friday, May 29, I’m head to France to record new projects, but the main focus of my time from May 30 - June 17 will be completing an artist residency project/creation with Sorg (beats/electronics/music) and Ease (animation/visual projections) in Besançon at LaRodia, co-sponsored by Emergences. We will spend 3 days at LaRodia finalizing the show, then tour.
The official dates as of May 20 are ….
June 04 • Besançon | La Rodia (w/EASE)
June 05 • Dijon | penichecancale (w/EASE)
June 06 • Lyon | La Maison M (w/EASE)
June 13 • Chambéry | LA SOUTE

Back on March 21 we debuted the material from our first EP in Lyon … Sorg’s beats were massive razor blades and I as quickly as he cut the air with the banging beats I stitched together the moments with Möbius strip rhyme concepts. 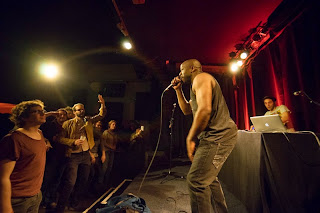 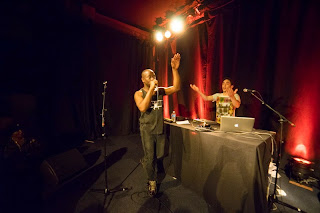 This June will be the first tour of consecutive dates following the release of our EP.
The only think to top this off after recording new music that will take me who-knows-where, is the final stop.
At the end of the tour I’ve been invited to speak at the Cabourg Film Festival, where they are featuring the Louis J Gory film, “Billie’s Blues”.
They want me to speak about my ideas and approach I used while creating the music for “Billie’s Blues”.

I have not written any kind of essay to share with the people at the Cabourg Festival, but I know what I will say.
It will be something to the effect of; as I created sounds for “Billie’s Blues” I freed up my mind to experience the images Gory set before me. I found a way to relate to those images and designed a soundscape that matched. As in life there are details and challenges in between the scenes, but when I hear the music the surrounds me, blues, breaks, riffs & noise, etc … it’s all just the soundtrack … allowing me not to escape life but dive deeper into it. Thanks for taking time to get wet with me.
Labels: Cabourg Craig Taborn creative process culture Curtis Fowlkes Film France Gerald Cleaver Hip-hop human beatbox Italia Italy Jazz Michael Formanek New York City Ravenna Roy Nathanson Tim Berne Vicenza