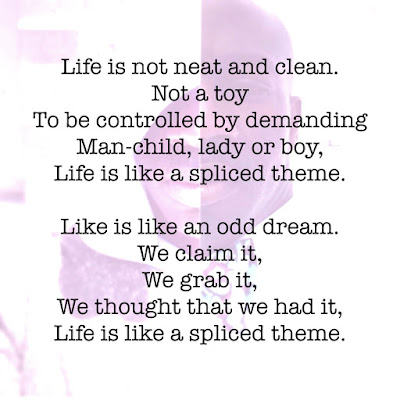 The "Spliced Themes" montage above was the audio backdrop as I performed 'split characters' imagined to have been buried beneath the tombstones in the photo below. The performance began with the text/poem appearing below the photo. I was one of 7 creatives invited to participate in the Response Project IV at Chase Public, September 18th.

The names of the 2 'split characters' were not emphasized. The focus and means of character development was through their conflict driven relationship, a calm Spiritual saxophonist, eternally linked to a angry, vile drummer. One pleaded for disciplined serenity, the other insisted on the release of primal rage. I went back and forth between expressing the perspectives of the 2 characters, dialoguing, debating, fighting to be heard. The final moments of my Response went back to the childhood days of each the men. At the end, 4 characters were portrayed, as the audience saw each of the boys being guided by a caregiver, one brutal, the other nurturing. 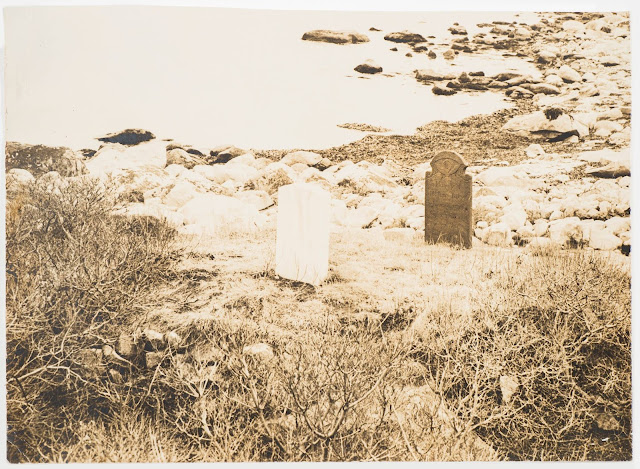 placed in position just so
not by the fixer of clothes
or placer of stones
but by the persons themselves
all their life long, positions opposed

each in their own
view strict and cold
unforgiving and bold
to mimic and scold
to have, grab, clinch and hold

Life is still a spliced theme
Denial is acceptance
To see yet declaim unseen
Nightmares undesired
But the dead do not dream
I'm the crack in the split screen
The foe to singular
The molecule's magic
A thousanth of a splinter
Composing the beam...
I am a spliced theme