The first MBSFA program of 2016 will be on Thursday, March 3, at Sweet Sistah Splash.

The ideas and practices related to Afrofuturism have existed for most of the 20th century, having emerged as "a term of convenience to describe analysis, criticism and cultural production that addresses the intersections between race and technology.” Afrofuturism 2.0: The Rise of Astroblackness represents a transition from previous ideas related to Afrofuturism that were formed in the late 20th century around issues of the digital divide, music and literature. Charles E. Jones, professor and head of the Department of Africana Studies at the University of Cincinnati, will discuss how Afrofuturism 2.0 expands and broadens the discussion around the concept to include religion, architecture, communications, visual art, philosophy and reflects its current growth as an emerging global Pan African creative phenomenon. 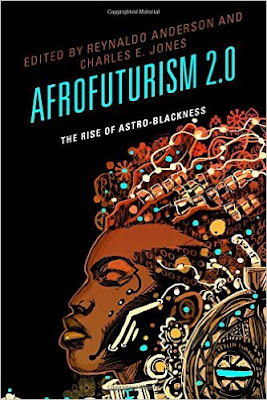