Co-Hosted by Radio Krimi, Sorg & Napoleon Maddox and associated artists...
March 2nd, will begin a discussion on the global view
of the 2nd Amendment, Black America, Hip-hop & Public Psychology.
Twitter will be the primary platform for this discussion using the hashtag #Security 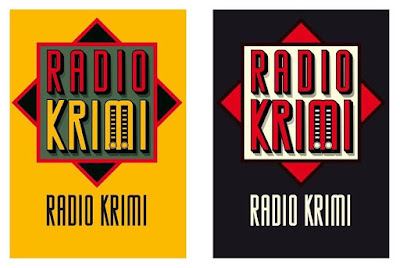 The point of departure for this discussion will be the following:
"Security" by Sorg & Napoleon Maddox (feat. Boogie Bang)

(Napoleon 2nd verse)
Picture Tray on his way with a 9 double
On a hope and prayer he don’t find trouble
Holding weight more than skittles
That will change the outcome more than a little
Riddle me this, gun in his fist
Could he blast his way close to justice
Trust that would’ve self defense,
Relieve dim Zimmerman of his nonsense
What they want from us?
For the last of the peaceful cats to get gate and bust
If that’s what is must be ok
But I’m trying hard not to spray
I’d rather spread love than slugs
Seem like the same thing come to thing of
If that’s what it must be load up
Ash to ash and dust to dust

(Boogie Bang verse) {Sorg & Napoleon Maddox verse}
So who run the town big guns at sundown
peep the rundown, it's the criminal guns now
that they blame for the flames thats bursting
on the street feel the heat man we out here thirsting
ain't enough for everybody to get some
gun tuck and now them bad man them get one
now he, now he lurk by the church
when the preacher come out he give the preacher the work gun burst,
now he at the store with the liquor
the Arab pull it but the black boy quicker
bong bong, two shots to the melon
everybody seen it but ain't nobody telling
so he still here killing the hood up
robbing dope boys got em giving the goods up
they say that misery is born out of misery
so why shouldn't everybody have their security

(Huntor Prey verse)
It's more important than peace
if need be I'll make my piece
Outta plastic
3D print my life
I can see clear through the tragedy
Gun legislates the fear of damages
But we big fans of the mannishness
Hear the news my peer group moves drastic
So what I got in my holster is magic
9 sleep spells
Packed in a pill with a heat trail
only time tells when the tale ends well
Ask Disney
You can bite mine quicker than an apple
You can find mine when the sights grab you
No standing ovations when the people clappin
We scared the government silence the people. riots
people silence the youth. riots
the youth silence each other. riots
What a riot. We silence the truth.
Quiet.