From year to year, tour to tour I keep souvenirs. Sometimes the souvenirs are posters, flyers, booklets and festival badges. Then there are the conversations, videos and photographs. They belong to an interactive archive of memories. I consider them interactive in a special way because I had to be there living the moments to generate those documents and exchanges. They remain interactive with anecdotes and testimony informing new possibilities from tour to tour.

Almost every year I have in mind an eloquent summary in celebration of the previous 12 months. Before I realize it the next year is well underway, and I’m focused on making new memories. 2019 was the kind of year I can’t let get too far away without processing and summary. So much new territory was covered, milestones reached and obstacles overcome.

By the end of 2018 my partner, Kim Gory & I were grateful to be rewarded a Project Grant by People’s Liberty. The project I’d proposed was the “The Mobilization of Congo Square”, a series of improvised / Free Jazz performances across the city with an emphasis on the cultural and historic significance of Congo Square in New Orleans.

The grant cycle was from January - June 2019. Intent on getting an early start we jumped into action on Thursday, December 27. The musicians were: drummer - D’Anna Kennedy, saxophonist - Kayla Upthegrove and trumpeter - Ken Leslie. We shared 3 experiences with enthusiastic community members at Grace Episcopal Church (College Hill), West African Resturant (Northside) and the Miller-Gardette Salon (Walnut Hills). It was the third day of Kwanzaa (Kujichagulia) dedicated to the principle and goal of Self Determination. December 2018 was also the first Kwanzaa I had the honor of sharing with my brilliant niece who had recently celebrated her 6th birthday.

Thursday, January 10th, we celebrated the birthday of Max Roach at ELEMENTZ. Shared some excerpts from books where he was interviewed or chapters he wrote. We also projected ad discussed this video from an old interview with Max Roach. It was interesting, provocative and inspiring to hear what he had to say about Hip-hop in 1980’s, especially considering his stature as a highly respected “jazz” drummer.

The beautiful conclusion of the evening was a jam with DJ Apryl Reign and drummers D’Anna Kennedy, Yemi Oyediran, Ben Sloan & Nate Stroud.

January and February were both particularly busy months for ISWHAT?!.
We did 2 collaborative concerts with Elementz celebrating Dr. Martin Luther King Jr.
One of these concerts were at The Freedom Center, the other was at Christ Hospital.
A special detail about the Christ Hospital performance and 2 or 3 other concerts around that time is that we had the pleasure of employing Ziyad Cook as a result of the official ISWHAT?! bassist, Brent being out on tour with the Cliftones. Proud moments to see Ziyad continue to grow. He handled the work like the real pro he is.

There was grieving in February as well. My Aunt Vermell, the sister of my mother passed away in Philly.

Although is was a sad occasion.
It was a delight to see extended family I hadn't seen in a while and meet those I hadn't met. 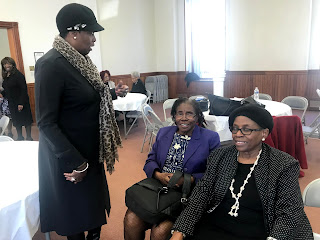 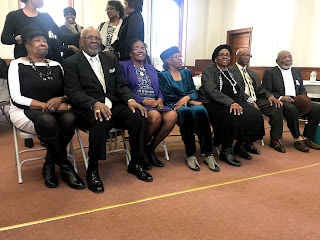 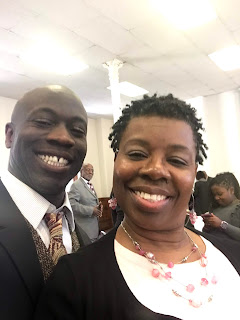 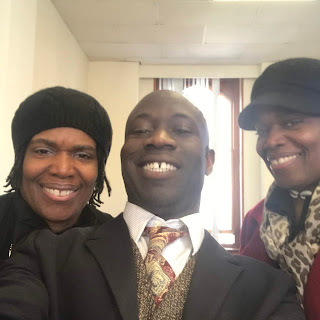 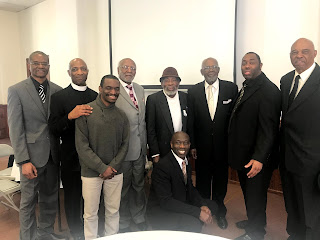 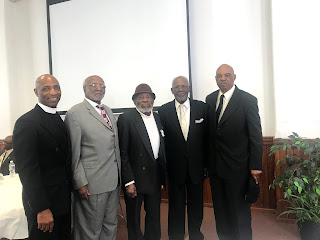 The next day I took the bus to NYC to submit my Artist VISA application.
While there, I visited friend and long time collaborator Roy Nathanson in Brooklyn (Ditmas Park)
AND got a chance to catch up with my cousin Baddie Barber and get cleaned up at her
super fly barbershop downtown Brooklyn. 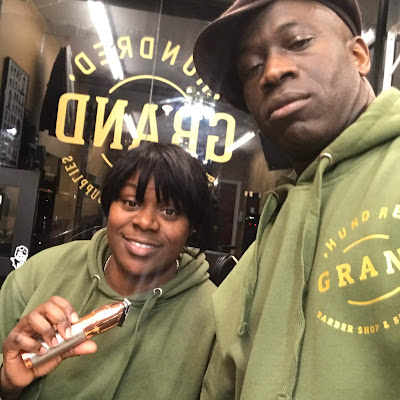 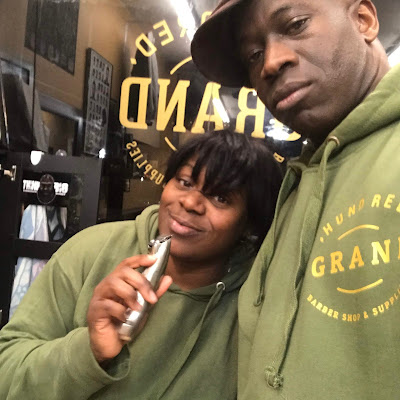