I got bored with it a long time ago.. I don’t know why I decided to look this time. The Flight Tracker is a screen you can select from the options of in-flight entertainment. It will show you where you are (meaning, where your plane is in its voyage). Some Flight-Tracking pages even have a feature that lets you see the sky in front of, or beneath the plane.
~~~~~~~~~~~~~~~~~~~~~~~~~~~~~~~~~~~~ 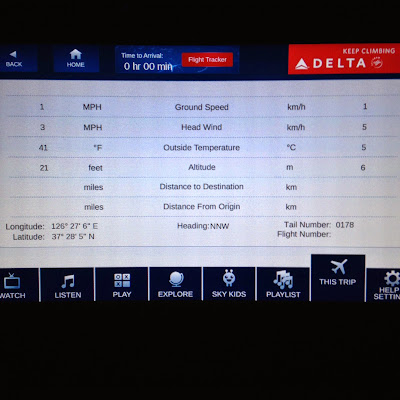 Today the Flight Tracker says “Time to Dest: 00:00” I know that’s not true. I know we just left Cincinnati about an hour ago, so we have at least 6.5 hours before we touch down in Paris.
There is another page accessible by touching another tab that says “Flight Data” at the bottom of the page. Today that page says we are traveling at a ground speed of 1 MPH, facing a head wind of 3 MPH, the temperature outside is 41 degrees and that our altitude is 21 feet. But I can hear the wind and feel the buoyancy of the plane at however many hundreds of feet up we are. I don’t need to stick my hand out of an open window on this plane to know we are going waaaaaay faster than 1 MPH and the headwind is fierce enough to give me frostbite in a matter of seconds.

I like metaphors and parables. They make building knowledge enjoyable when we think it’s more fun to be ignorant. (ha ha) You have options with them. You can be amused with the storyline or seemingly trivial details, OR you can recognize the lesson that is parallel to the part that has your interest.
~~~~~~~~~~~~~~~~~~~~~~~~~~~~~~~~~~~~ 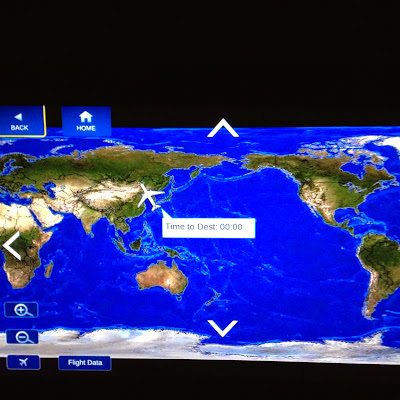 The metaphor I draw from this malfunctioning Flight Tracker is one of success measurement. People may see your journey as 00:00 Time to Destination. In their estimation you woke up one morning put on your shoes of success and walked into the world they wish was theirs. Others might look at what they deem to be indicators of progress or success and determine, ‘ah homie doing bad, time is passing him by at more than twice the speed of his forward motion. The wind blowing in his face is not even that tough at 3 miles per hour and all he can muster 1. Hasn’t even gotten off the ground yet.’

But like the roar of wind I know well outside these windows, as my reality defies the stats on the little screen in my face, you have to know what your progress and success looks like despite how anyone else measures it. You have to measure your success by what is important to you and where you came from. If you allow others to be your Flight Trackers, it’ll become hard to refuel and eventually you find yourself permanently grounded.