I have a dream of fresh dreams

These last few weeks have been incredible.
In several ways the work I’ve done in Besançon, France is just want I needed at this point in my life. The producer that I work with in the project Sorg & Napoleon Maddox is also and educator working in a school in the suburbs of Besançon. On this trip, LaRodia the venue that has welcomed us for the 3rd time as artist-in-residence, partnered with a private firm that took it upon itself to invest in a program that would pay Sorg and I to do special programming in the school where he works. First of all I’m impressed by the fact that in this country, - (France) where there is so much public money given to arts, that many artists refer to it as “the French exception” - there are people that STILL take it as their own private responsibility to invest in arts, culture and education. 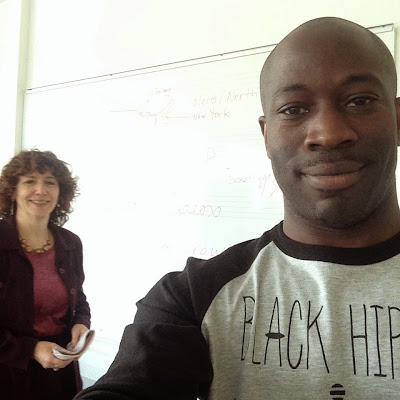 The next notable thing happen during my first week here during our days of creation/preparation of the residency. The schedule was March 3 - 6 rehearsal and preparation of new material on stage at LaRodia. March 7, concert 2 hours away in Chalon-sur-Saône. Then back to Besançon for workshops at Sorg’s school on March 9 & 10. Then we would travel west, across the entirety of France to Bretagne for a show on March 12, and then all the way south just before the border of Spain, to Pau for a south on March 13. We’d then come back to Besançon for 2 more days of workshops with the junior high school students we’d been working with at the same school. Finally show to take place in Besançon on the stage where we did our preparations/rehearsal. 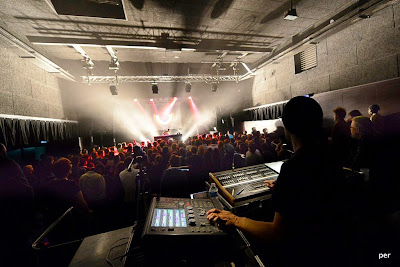 So … back to the notable moment that sort of caught me off guard. I knew we would be preparing the students for a performance they would do at the end of the school year, Sorg working with students on betaking and I’d be working with students on words and vocal performance. Somehow the text would be related to, or inspired by Dr. Martin Luther King. However, I was a bit frustrated as Sorg and I spoke during a lunch break at rehearsal on the second day, when he says to me “you’ll be working with them on I Have a Dream”.

My response was something like … “Mais, allez, pour quoi … (but, come on, why?) he had many more speeches and more powerful speeches than “I Have a Dream” that are seldom studied.”
Sorg explained to me that Dr. King’s “I Have a Dream” speech is included in the national eduction plan of France. That was puzzling, or perhaps more frustrating to hear because in my opinion Dr. King’s message has been reduced and exploited to the point that it’s lost a lot of power. The “I Have a Dream” speech has been used primarily to that effect. Dr. King was even aware that the same people that praised his non-violent strategy with regard to Civil Rights, hated him and cursed him for declaring that violence is morally reprehensible both home AND abroad. He was clear that it was as wrong for the US army to use violence in Vietnam as it was for Blacks to use violence in the US to exact justice at home. This is not the message of Dr. King that is fed to the mainstream. 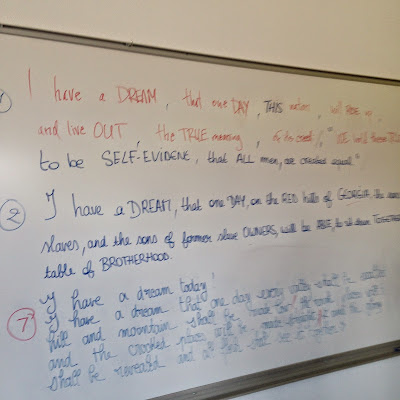 In general this angers me, however engaging in the workshops I rediscovered the genius of this speech and that of Dr. King. I worked with 3 different groups of students. They had teachers that had shared some history with them about Dr. King, The Black Panthers, Angela Davis and Nelson Mandela. I was quite impressed with the basic knowledge they had. The moments that touch me the most however came when I decided that instead of teaching the how to say the words in the speech, I decide to give them as much context as possible so they could feel for themselves the gravity of the times; then and now, thus the relevance of “the dream”. The part that touched me was way these students opened up. The way they asked questions, the looks on their faces, the connections they made with details I shared with them (details their teacher don’t have access to), all of this brought to the forefront the power of the legacy of those who have fought to make the world better.

In this case, of course the focus was on the talent Dr. King had, being able to strategize with words and whole speeches, placing concepts, imagery and law together in a way that come after you, seeking you out, holding you accountable. I’d never really paid particular attention to the way he used citations of revered documents, as well as nostalgia, almost unfairly pricking the hearts of the hateful with their own iconography. This is why Dr. King had be made a cliché. It was not enough to assassinate him. In spite of this though, it’s impossible to pretend not to get the point. 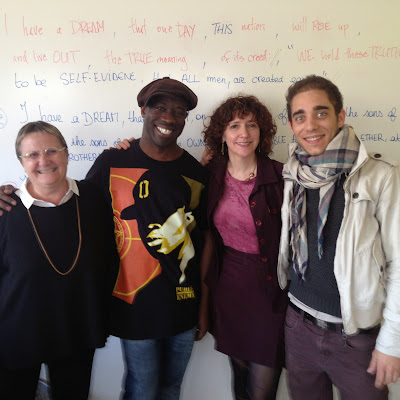 With detail after detail in the speech I was able to cite what has gone on and continues in American history. We talked about why I was born in America and not West Africa. Although they had been taught about great Black leaders, they had not thought about, ‘why is this Black man in front of us IN America in the first place’. This is specifically relevant because of the line where Dr. King saying he has a “dream that sons of former slave and former slave owners will be able to sit down together at the table of brotherhood”. When I asked them about why I was born in America it took them a while to connect the Trans-Atlantic slave trade, American history, Civil Rights and Black Power movements.

We talked about Jim Crow laws and what they meant. I could see their brains churning through their eyes as I explained verbally and demonstrated with sketched on the white board the reality of separate drinking fountains, separate schools and sections of the bus. At that moment one girl spoke up, “ahhh oui, Je me souviens” (ooh yes!! I remember!! )
She then recalled the story of Rosa Parks...

This was just one of the moments in those classrooms that I had several feelings at once. Pride, frustration, purpose and hope pushed me ahead each of these 4 days without even a minuscule doubt that I'd return home to Cincinnati with greater drive, focus and purpose. 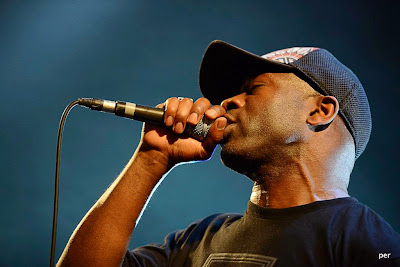