BRIAN i see a lot of your work has a lot of non conventional phrasing, where do you draw that energy  from?

JENNIFER As in rhythm?

JENNIFER Well, I guess that comes from a few different things. One influence of that is drumming. I listen to a lot of african and latin/brazilian drum music; which the drums usually hit on "and" beats. In vocals, that translates to finding little pockets to fit words. Another influence could be jazz music, scatting and improv. Listening to and playing a lot of rhythmic compositions. Music in odd time signatures. Also, I draw influence from artist like Yukimi of Little Dragon and Bjork who sing with a lot of non-conventional phrasing. So, just a mess of things are the energy draw for that.
 
BRIAN so how long have you been into or been influenced by world music, by that i mean other than U.S. popular music?

JENNIFER When I was a child my mom used to play Paul Simon's Graceland a lot, which had a lot of African influence. I really loved the song "Homeless" at the time, which featured Ladysmith Black
Mambazo; and that was my introduction to the sounds of African music and vocals. I was about 13 when I started playing jazz. Through most jazz bands you are introduced to Latin music. I can't remember the
name of the song, but I remember really being into the sound of the drums on it. This led me to listening to more salsa/latin music artists like Tito Puente and Celia Cruz.
 
BRIAN for the record not as if paul simon needs my endorsement but that was an insanely awesome
 collection of music graceland was, "diamonds on the soles of her shoes" ever since then i wanted to work with african vocalist and it to led me, to listen to different sounds and styles, so i feel you.
 
JENNIFER Oh, absolutely. That album was a great one. Also made a huge impact culturally. There was a
 great documentary on Netflix not to long ago talking about the making of the album and how it really
 helped heal things during apartheid.

so listening the other night to some of your stuff,i was struck by the lo-fi action the grimey hip
 hopish essence that grew up on, it took me back to pause tapes and sample loops, is that the way that
 you intend for your music to stay, raw and unapologetic or do you have plans to go more clean with the
 sound? 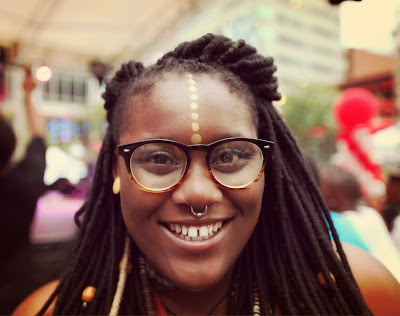 JENNIFER I feel like my music will always be pretty raw, but I also feel like that's what people enjoy the most about it. Improvisation can come with little suprises here and there; and that always adds a raw element to my sounds. I'm currently working on smooth transtitions between ideas or "songs" but that's about it for now. Music and my music especially is forever evolving so, I can't really tell you to expect even a year from now of it. But at this moment in time, I like it keep things natural and raw; not taking the creation too far out of nature.

 BRIAN good answer i feel you on that, as an artist you want to keep pushing the envelope but its also
 true that you don't want to stray to far from who you are, but sometimes like you said you never know
 where your evolution may take you, with that said, has there ever been any pressure from people outside yourself to change or try a more proven route with popular music or music popular culture considers to have financial value?

 JENNIFER In a way, yes. No one has come up to me and said " You should try singing pop or something
 to make more money/get more audience" haha; but I used to play a lot of R&B/Neo-Soul cover song gigs
 before I started doing loop pedal work. As much as I loved the people I worked with, and I got some cash at almost every show; I just wasn't loving singing other people's songs or singing R&B. R&B wasn't something I grew up listening to heavy, so I didn't know most of the songs. I also don't have the typical "booming" R&B voice and I can be very much a minimalist when it comes to music. I felt a lot of pressure to do vocal runs or riffs and I felt a lot of pressure to kind of "conform" to play what makes the audience happy or comfortable. I always felt like the black sheep in that scene. But, I wanted to play for an audience that were happy listening to all of the weirdness I had to offer. It makes less money when you're starting out, but at least everyone is enjoying playing or listening to something original.
 
BRIAN i see, i think most musics has suffered recently with a lack of purpose and meaning in the face of  big corporation molding artist in to cookie cutter prefabbed drones, as a african american artist and woman of obvious substance how do you feel about the over sexualization of women in media in
 general?
 
JENNIFER It's sad but all apart of the bigger picture, you know? If you are up on your knowledge, you
 know that this is a critical time for humans and women hold the key. The powers that be know this and
 have created a backwards system where patriarchy reigns and women are powerless. Women have
 immense spiritual and physical power. Women are the key-holders to transformation of consciousness at
 this time. Everything is birthed through a womb right? And men are nothing without their counterpart and  vice-vera. But, women are the birthers; it starts with us. But, like I said, powers who control the media know this and will do anything to keep women in the dark to their own worth and strength.

Especially  brown women because our rich melanin gives us power that is unmatched. More valuable gold. If all  brown women and men knew this, the ones in power wouldn't be. It's strange. Humans have somehow
 created a world of our own where everything we do and are taught goes against nature. Money is how
 you get by instead of manifestations. Humans are greater than animals, plants, air or water. Sex is used  for pleasure and not spirit. Women are seen as nothing but objects and men are the "winners"; when in actuality, you need both balanced for wholeness and wellness. When it all boils down as to why we behave this way, it's all a power play. Nature doesn't know the feeling of anything being "better" than  something else.
 
BRIAN and i am standing and applauding this answer, i bow in respect to you, to quote the
 internet"yaasssssss"

BRIAN so what is the main equipment that you favor when putting together your auditory collages?
      
  JENNIFER I haven't done much professional recording. I've done one EP that was recorded on a tape
 deck but it turned out very lo-fi. Usually to post on soundcloud I just sit down with my loop pedal and  instruments in my bedroom; jam a bit, record on my phone, then post on soundcloud from my phone.
 Very raw and simple. On stage, I use my loop pedal and a variation of rocks, crystals, shakers, bottles, piano, saxophone, flute, even an accordian at times. I'm always learning and looking to add new instruments to my creations and use them in usual ways. 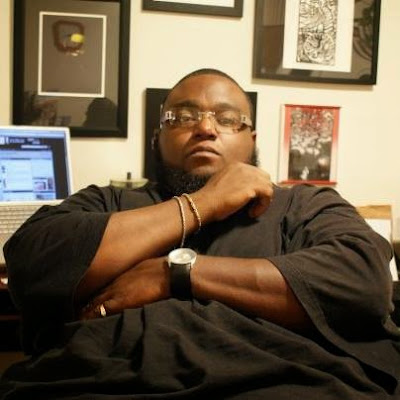  
BRIAN very nice
 your style is very organic, very soulful or spiritually in touch, some of it feels like eastern
 meditation, is that and influence?, and the chants the vocalizations and the imagary that you choose to  accompany your music on say sound cloud is that the influence or could it be something you wish to
 practice in the future, eastern meditation or spirituality?
 
JENNIFER Eastern spirituality is a definite influence in my life and music. I began my spiritual journey  studying Buddhism and meditating. Then I studied Hinduism. and now I study Afrikan spirituality. So, I guess you could really say what I study spiritually has a huge impact on my creations. I think it's a special  thing when a musician can play music that is unpolluted and kept as close to Source as possible. I feel
 that closeness to Source in Indian Kirtans or chant music. I feel that closeness in Yoruba music and
 Afrikan music. I feel that closeness in Native American music. It would be great if in modern America you could feel that type of energy more often, especially in music. I got into sound therapy because I feel it  keeps a sacredness between Source connection and vibration. I bring what I do in sound healing to my  on stage performance and recordings. Actually looking now to add more of a eastern sound to my music.

 I plan to learn sitar and tablas (or use it in a unconventional way) and add more indian styled harmonies  and chords to my music. There is a definite tranquility and that comes from those tones and Afrikan  rhythm.

 BRIAN let the record reflect this is the greatest interview ever, ever lol
ok one last question then i'll let you go,

 JENNIFER Hopefully, my music will be able to speak for itself for ages on end and no words are needed.
 But, if verbality had to be placed on my creations, it would be nice to leave something that people can  always say is healing or they connect very deeply to or are moved by. Something they can say was/is  absolutely one of a kind and shifted the way music is played for the better. Haha, hoping that last part isn't too ambitious but I was serious when I said "If we could bring music closer to Source in America, that'd be great". If my music or whatever I leave behind continues to hug, love, transend, transmute and heal; I  would feel that my job in the incarnation would be done.
That was a sweet question
the whole interview was great. such a pleasure!