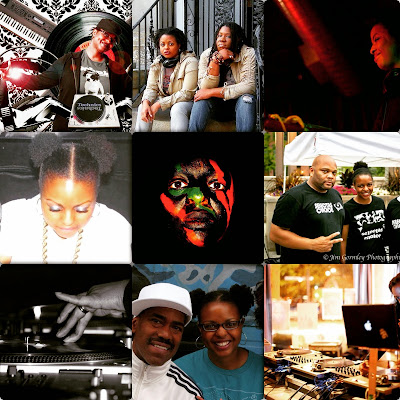 Napoleon:
I've seen you work in several contexts: from artist/MC to battle DJ, to being commissioned to work on mixes for special occasions...

In preparing for the Deconstruction Period event, where you'll be interacting with other artists who are improvising with prepared materials which parts of your broad skill sets are you drawing on?

Apryl:
DeeJaying is my first love & what's most dominant in my DNA. Due to the layer cake nature of the project, I believe it's perfect fit blending rhythms & melodies together to form one musical masterpiece.

Napoleon:
On Feb 6th you threw down a banging electro swing set at the Cocoa Cabaret.. I've also witnessed you do amazing blends of Nina Simone and Gregory Porter.. If you had to describe the creative side of your artistry to land a spot on BBC right after Gilles Peterson,... How would you describe it??

Apryl:
Versatile connectedness with my audience encapsulates the music I create, the mixes I record and the parties I DJ. I hear the people, so they can hear me. 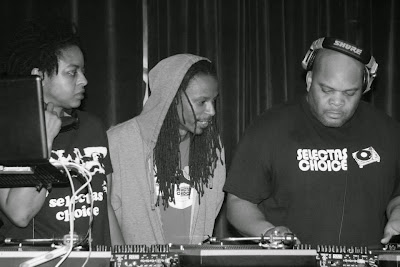 Napoleon:
A big part the rational behind creating this event is to set the stage for creative people that don't socialize as much as they could, to have one more reason to do so...

Apryl:
January 2011, DJ Pillo decided to host a free night where he could play whatever he wanted. The next month, Pillo, Rare Groove and I got together as Selectas Choice to host a benefit to raise monies toward DJ Kool Herc’s medical expenses. Supporters from Cincinnati’s B-boy and B-girl community came to help Herc, the man who elevated DJing into a respected American art form. The response to our set was phenomenal. Each month, Selecta’s Choice’s following grew mostly through social media and word-of-mouth.

A mantra that has made us successful to this point is that no one member is greater than the team. Together, we read the crowd’s energy and give them what they come for every time.